The candidate experience—every interaction between company and candidate that happens during the hiring process—is growing in impact. From the number of applicants your company receives, to cost savings and revenue generation, key performance metrics are directly influenced by your candidate experience.

Here are six data-driven justifications for obsessing over candidate experience and making it a key part of your recruiting strategy.

Forty-nine percent of job candidates have had a past relationship with an employer. In practice, a portion of applicants often come from a company's existing customer base, with positive product and service experiences driving applicants' motivation to work for the company. The same principle works in reverse: poor candidate experiences cause customers to churn. 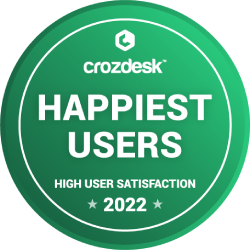 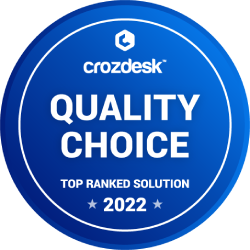 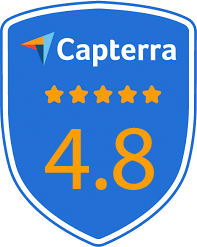 Tony Urban, CEO at Deckrobot, 11-50 employees
5/5
10/10
I've front loaded all my recruiting needs to 100hires :) Very intuitive to use. I'm not an HR person, thus, for me it's crucial that the tool is straight-forward to use yet powerful! Additionally, I really like that publishing job at 100hires automatically promotes it and gets you additional candidate leads
Powerful Applicant Tracking System with G Suite integration
Get started for FREE, upgrade as you grow Easy setup No credit card required

In 2015, Virgin Media received approximately 150,000 job applications, translating into 3,500 new hires. The company estimated that 27,000 (18%) of those applicants were also customers—and that poor candidate experiences led 7,416 those applicant customers to churn from Virgin Media.

But cultivate a great candidate experience, and this relationship can strengthen company growth. According to a survey conducted by IBM, only 25% of dissatisfied candidates are likely to become new customers, whereas for satisfied candidates that number jumps more than double to 53%. This likely translates directly into additional revenue for companies with positive candidate experiences.

Research from Talent Board found that 47% of applicants were still waiting on a response from employers two months after application. Only a fifth of unsuccessful applicants (20%) were notified by email, while fewer still (8%) received a phone call.

This poor communication has a direct impact on future applications and whether candidates will consider your company in their future job searches and respond to other job postings from your company. Eighty percent of job seekers said they would be unlikely to apply for another relevant position if the company failed to notify them of their progress. If the company followed up with a simple email or phone call to notify them that they were declined, those same candidates said they would be 3.5 times more likely to reapply in the future.

In 2017, only 43% of candidates were able to view the progress of their application—down from 61% in 2015. Simple changes to communication—progress bars to show application status, automated email follow-ups, next-step reminders, and so on—can dramatically increase reapplication rates, yet few companies adopt them.

In this competitive talent marketplace, employer branding is becoming increasingly important - and negative candidate experiences and the reviews that often accompany them have a detrimental impact.

Increasingly, these third-party reviews play a key role in a would-be candidate's decision to apply. Company career sites are waning in influence: In 2017, 58% of candidates cited career sites as their go-to resource for hiring information, down from 65% in 2014. Savvy applicants are becoming less trusting of a company's own marketing efforts and instead base their decisions on third-party information.

Over the same period, review sites like Glassdoor.com grew in influence, seeing a 23% increase in the number of candidates that viewed them as the most important source of hiring information. According to Glassdoor, job seekers read an average of six reviews before forming an opinion of a company. More than ever, the experiences of one candidate—whether positive or negative—go on to influence the sentiments and applications of hundreds of others.

Hiring technology is ubiquitous: the Talent Board found that 99% of their company respondents had invested in an applicant tracking system (or ATS), with assessment systems (89%) and reference-checking systems (77%) close behind. But to yield the biggest benefit to the hiring and interview process, technology needs to be combined with a personal touch.

Case in point: 85% of unsuccessful job seekers doubted that a real person had ever reviewed their application. A simple lack of human interaction—whether phone calls, personalized emails or in-person meetings—was enough to color the entire candidate experience and create a sense of detachment from their would-be employer.

Exceptional candidate experiences combine the efficiency of automation with the personal touch of a recruiter. Instead of removing HR professionals from the hiring process, technology is used to augment their abilities—allowing recruiters and hiring managers to quickly and efficiently build a rapport with candidates through emails, live chats, and social media.

According to Glassdoor, the average cost per hire—in terms of ad spend, recruiting technology, background checks, and so on—is $4,000. With these costs only increasing, small changes to job-offer acceptance rates can lead to big cost savings.

Ultimately, a good candidate experience has a direct influence on talent acquisition—shortening the hiring process, reducing dozens of costs, and influencing the best candidates to accept your offer.

6. Candidate Experience is Your Best Opportunity for Improving Hiring Performance

These statistics speak to an opportunity: The candidate experience is a high-leverage tool for improving every metric that matters. By providing candidates with more information and regular application updates, it's possible to improve the entire hiring process—and stand out from competitors.

Research from IBM found that 63% of candidates—fewer than two-thirds—agreed with the statement, “Overall, I was very satisfied with my experience as a job candidate,” as opposed to 24% who were neutral and 12% who disagreed. There were two main problems that limited their enjoyment: 22% said there was a lack of information shared during the hiring process, and 18% thought the application process was slow.

By making small changes to the hiring process—sharing more information about how the hiring process will progress or minimizing the time between application, review, and interview—it's possible to overcome the biggest barriers to a positive candidate experience.

A great candidate experience isn't a “nice to have.” In a competitive job market, timely follow-ups, clear communication, and personalized interactions all have a big impact on revenue, hiring costs, and your ability to attract the best talent.

Whether you're looking for a small boost to your hiring strategy or you're ready to rebuild it from the ground up, focusing on the candidate experience will have a dramatic effect on every metric that matters: cost per hire, job-offer acceptance, and even revenue generation.

This article was originally posted on the Google Hire blog

Tony Urban, CEO at Deckrobot, 11-50 employees
5/5
10/10
I've front loaded all my recruiting needs to 100hires :) Very intuitive to use. I'm not an HR person, thus, for me it's crucial that the tool is straight-forward to use yet powerful! Additionally, I really like that publishing job at 100hires automatically promotes it and gets you additional candidate leads
Powerful Applicant Tracking System with G Suite integration
Get started for FREE, upgrade as you grow Easy setup No credit card required

Last updated Jan 22
We use cookies to offer you our service. By continuing to use this site, you consent to our use of cookies as described in our policy